A downloadable game for Windows and macOS

It’s March of 2020; you were just sent home from college because of the coronavirus, you have a few small regrets, mainly not telling someone how you really feel.

Please note, this is a demo of a game that is in development. Days are missing and will be altered.  There are currently 6 of the 17 days.

OMG, I love this game maybe not make it about covid?

This was such a joy to play and so much fun trying to decide what to say! Really great game because it honestly conveys how some people are with texting!

Very cool game!  I liked the concept for it!

Hey dude! So I've had some bug going on regarding your game; I've initially downloaded LeftOnRead off Steam. I was really excited to play it because my boyfriend played it, too, and he liked it super much. I installed it, the game was smooth as it went on etc. It started normally (I watched a vid to see how the intro was, to make sure I didn't miss something). I got the Hey/Hi message and so. Then it took a bit longer for the next message to appear, and when it did  it stuck at "How" (I could send a screenshot if needed). I still could move, jump around and all that. Even could jump onto the message. Yet it didn't continue. I tried downloading it off the website, no success; same thing. I'm playing on PC, Windows Home; then again, it worked for my bf, but not for me. I know the game is still in development and a lot of people already noticed you on all this, but I didn't see anyone stuck on "How" only yet, at least from what I noticed. Hopefully you'll get to see the issue soon, I'd be happy to be noticed as soon as a repair happens! I wish you a great day/night and hopefully I didn't bother being another one talking about this bug! (Btw, if you need further/additional information, I'm down to help you with it ^^).

/* I saw that you can actually change days? Idk if that's a thing, but if it is, then I can't do that either. I get the day menu but I can't select any other than the already unlocked ones (so day 4).

Thank you so much for this detailed feedback. We think this is a globalization error.  Could you please tell me in what country you live and what country your boyfriend lives?
Please try updating Left on Read on Steam and checking if it works.

Hi!
i currently live in Germany and my boyfriend in UK.

Okay so, an update on the game. So far it works!!! Big up for the quick answer and fix, it's really appreciated!

I'll keep you updated in case anything else happens. Thank you!

i start day 4 and it just says hey. It doesnt delete. nothing appens. i can still move and all. i tried on steam and unninstaling but it did not work. i play on windows 7 but idk if it is because of that.

Please try re-downloading it on Steam and let me know how it goes.

I don't normally play much outside of horror games, but I have to say, this story is amazing, as well as the concept. After playing for about 5 minutes, I was hooked. You have a unique skill for getting the audience fully invested in the characters. I originally played the first 6 nights in the demo on itch.io, but have been counting down the days until the full version released on Steam. If you have time to burn and the slice of life texting sim sounds interesting to you, this one is 100% worth your time. Amazing job westonbdev! I look forward to finishing this one and checking out other titles as they become available.

That's an interesting way of storytelling, I like the way choices were combined with platforming mechanics. You can scale this game really well into a premium narrative driven game. You can also give the player the option of creating their own dialogues and depending on what they write, there can be spikes covering parts of it. Keep up the good work!

I have this hey bug. So, I tried to go to window mode, didn't help. Also tried using different compitability mode (win8 mode, playing on win10). And I quickly ran through all the chapters using choose day option. Other chaps also have the bug. Chapter 2 - it writes heyo and nothing happens after. Chapter 3 - leaves a blank bubble and writes nothing. Chapter 4 delivers a picture, becoming blue bubble, then nothing happens. Chapter 5 - message is delivered, then nothing happens. Last chapter gives you 2 grey messages, after jumping through them to your potential message bubble it does nothing. Hope this helps somehow! The design intrigues me!

Hi Alex, thank you so much for your detailed response. We're working very hard to fix this issue. We hope to get the game to you very soon.

Hi Alex, just pushed a fix for the Windows version. Could you please play it and let us know what happens? Thanks!

I'll try it out and write about it, in about an hour or two.

Launched new version. I can't pick another day now, so I tried only the first chapter. Same bug, nothing happens after Hey word.

Hi Alex, thanks for testing it out. I've just uploaded another version, could you please try that one out at let me know. Please remember to delete the other Left on Read downloads before you download this new one. Thanks so much

I think it can be more comfortable if we add each other in discord, if it will be ok for you.

masterpiece. can we get an interview with the dev/writer because like, who hurt you?

Hi Salem, thanks for letting me know. We are not really sure why this is happening for some people and not others. So you are just pressing "play" and then you fall into the first day and the text appears, deletes itself, appears again and just stays there? Is this correct? Even if you jump on it? Thanks so much.

I'm on pc. So I press play,  it starts at day 4, first message appears with "hey (delete) hi (delete) hey!", send and then it starts another message with "how" and nothing else. I try to jump on it, the sound effect works but nothing happens next.

Hi Yoshies, thanks so much. We're working on getting a fix for this ASAP.

love this so much

Hi Meinu, thanks for letting me know. Are you on Mac or PC?

i have the same problem i am on PC

i can't get pass the second message, it's stops only with "How" and the send sign :/

Hi Muller, thanks so much for letting me know. Are you on MAC or PC?

On PC, sorry for the late reply!

Hi Muller, would you mind downloading the newest version and letting us know if it works? Thanks so much!

This is a game where you roleplay as a simp so that makes it great... 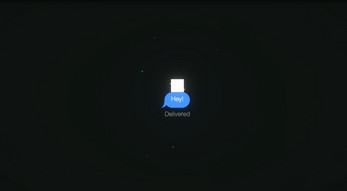 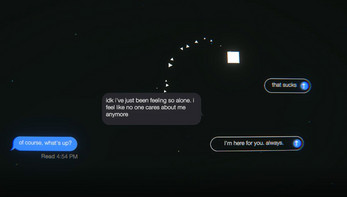